Well I have not posted on here in a long while and now trying to get back into the swing of things to show you what I have been up to.

Having watched recently a demo by Chris Parker and Stewart Furini, I was inspired to have a go at a platter with some texture and some colour.  Here is my latest effort, made from a 12″ diameter piece of Sycamore.  Now also featuring my new logo branding iron.  Click HERE if you want to purchase this one off piece. 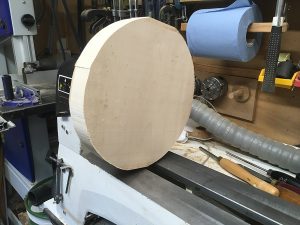 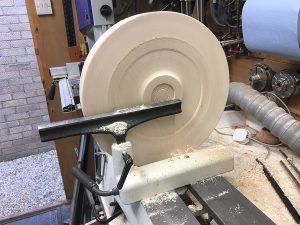 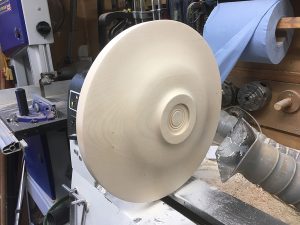 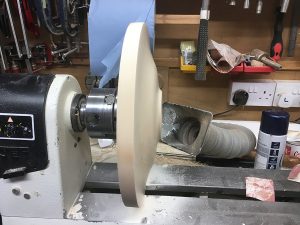 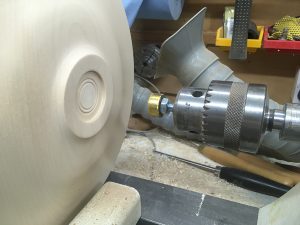 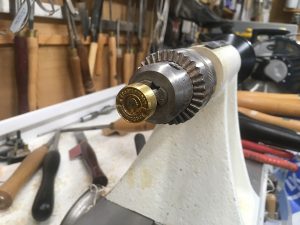 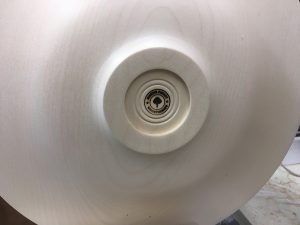 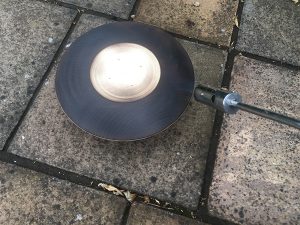 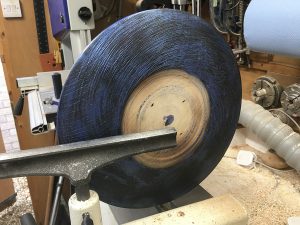 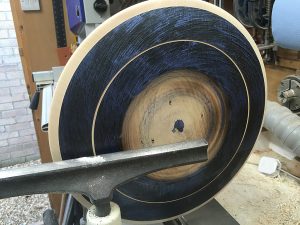 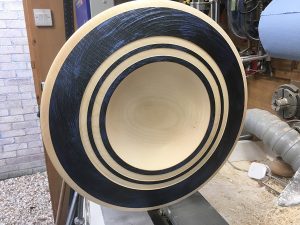 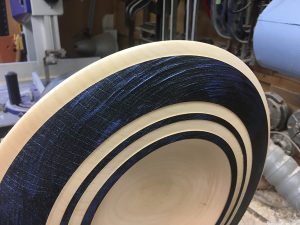 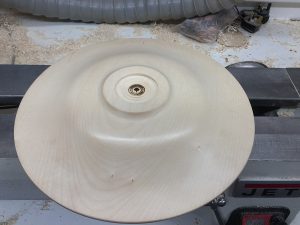 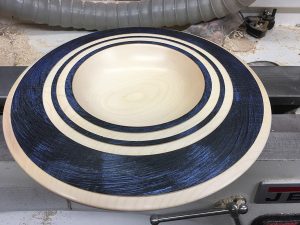 Having seen the new Star Wars film, the force awakens, I had to have a  go at making a model of BB-8 droid that featured in the film. Here is my attempt at making him.  Obviously with the copyright issues, he is not for sale, just for fun and for me!

I made a sphere and cut it in half and hollowed out one half to make the top and glued an earth magnet inside. The bottom was left solid to give it some weight.  Glued both halves back together and pyro’d the design to cover up some of the join.  The head was made in two parts and again a small magnet was glued inside. The small detail parts were turned out of some African Blackwood. Beautiful day to deliver our stock to the Whisby Natural World Centre, Lincoln in preparation for their Christmas Craft Fair that opens on the 7th of November.
If you are unable to get to the centre, don’t fear! Goods can still be ordered from us as normal!
Should you be able to attend the fair, which runs until January, make sure you take the time to stroll around the reserve and pop into the cafe for a cuppa! A unique gift ideal for wedding, new home or other special occasion.  These products are hand burned using a pyrography tool to your own unique requirements.  Items are protected with a food safe finish to enable you to fully enjoy the decorative aspect whilst also being able to use it.  Only £15.

A new creation I have been working on which ended up smaller than originally planned due to the lovely bit of Yew having some bad cracks hidden inside. This was turned and hollowed out and then painstakingly I marked out basket weave pattern. The pattern was then cut out roughly with the dremel and then using some great little files tidied up. The last part was the carving to get it to look like the weave is going over and under. It is finished in a spray acrylic gloss lacquer.

My latest creation using turning on and offset centres and finally carved.  The carving was a combination of power carving with an Arbotech and Dremel and hand carving with a Flexcut set of chisels, then loads of sanding.  Finished in Woodwax.  This item is made from a piece of Sycamore 6″ x 6″ and stands 12″ high.  I entered it in the clubs monthly competition and as you can see it came 1st place.

Well this was something totally different for me to make.  Not really tried carving before making the birds, so when requested to make a finial with a difference, I jumped at the chance.  This chap is made out of Sapelle along with the Finial, roughed out with the Dremel and finer detail hand carved with a new set of First Cut chisels.  His new owner was very keen to get him up in pride of place on the end of his new workshop gable end.  Another happy customer. As requested by a customer, fence post toppers in the form of wooden hand carved birds all ready to fly away to a new owner. A new project for me.  These will be a bunch of snowdrops with a variety of flowers in different stages of growth. This is not my idea, it is from a project idea from the Woodworkers Institute.  More photos to follow once it’s done.